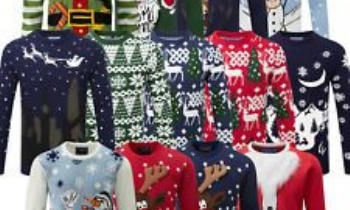 Gaywood Primary School will be holding a Christmas Jumper Day on Tuesday 19th December in aid of Walking With the Wounded.

In order to support the efforts of Mark fitzpatrick who works for West Norfolk Acdemies Trust as the Director of Operations we are holding a Christmas Jumper day in order to support his challenge for the charity Walking with the wounded.

Walking with the Wounded (WWTW) was established in 2010 to support the employment aspirations and vocational outcomes of our wounded, injured and sick servicemen and women. WWTW assists them in finding new long term careers outside the military, re-integrate into society and provide long-term security for themselves and their families.

The challenge Mark is undertaking in April 2018 is the Marathon des Sables which is said to be the toughest foot race on earth, where he has to tackle six marathons in six days across the Sahara Desert, in temperatures of up to 50C carrying everything he needs to survive on his back!

As a trust we are helping him to raise £15,000! We are asking that the children wear their Christmas Jumpers for a suggested donation of 50p.

Thank you for supporting Mark on this Herculean endeavour.